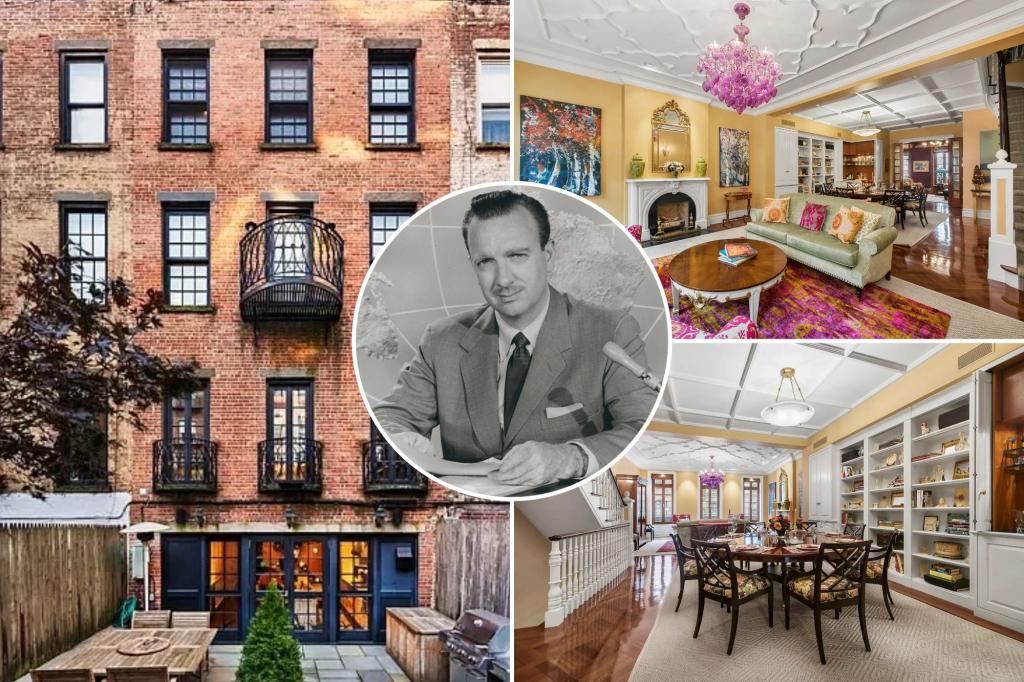 The longtime New York City townhouse that once belonged to Walter Cronkite, otherwise known as the most trusted man in the news, has been quietly sold for $7.25 million, The Post has learned.

First listed in April 2021 for $7.7 million, the four-bedroom, six-bathroom property remained on the market for 10 months before landing a buyer in February of this year.

And it seems that the new owner, Jacques Lilly, was a fan of Cronkite’s—placing the house under the LLC “And That’s the Way It Is”—the late CBS news anchor’s signature tag line.

Lilly is currently the Head of Corporate Development at Neuberger Berman – a privately owned investment management firm. Lilly has held the role since 2014.

Spread across 4,000 square feet, Cronkite lived in the Upper East Side property – 519 E. on 84th St. – when she first bought the house in the 1950s until 1999, when she and her family sold the property to Joseph Facibein and Mary Kay. Cuckoo.

Cronkite’s fan mail was still delivered to the home years after his departure, including books that fans hoped the iconic news anchor would autograph, facibine prevarii told the post.

“The house holds a lot of memories for him,” said Facibin. “He raised his family here and entertained many famous people such as Frank Sinatra.”

The four-story home, which dates back to 1880, features custom millwork and hardwood floors. There’s also an eat-in chef’s kitchen and French doors that lead to a landscaped garden with bluestone pavers and a gas-lined grill.

There are also four working fireplaces.

On the third floor is the primary suite, which includes a fireplace, dual bathrooms and dressing rooms – and another Juliet balcony.

There’s also a mahogany-paneled office with a wet bar and an en-suite bath, as the previous listing mentioned, which could also be used as a second bedroom.

Cronkite, best remembered for breaking some of the biggest stories of the 20th century—including the moon landing, the Watergate scandal, and JFK’s assassination—died in 2009 from cerebrovascular disease.

He anchored the “CBS Evening News” from 1963 until his retirement in 1981. He would go on to host several other projects until his death.