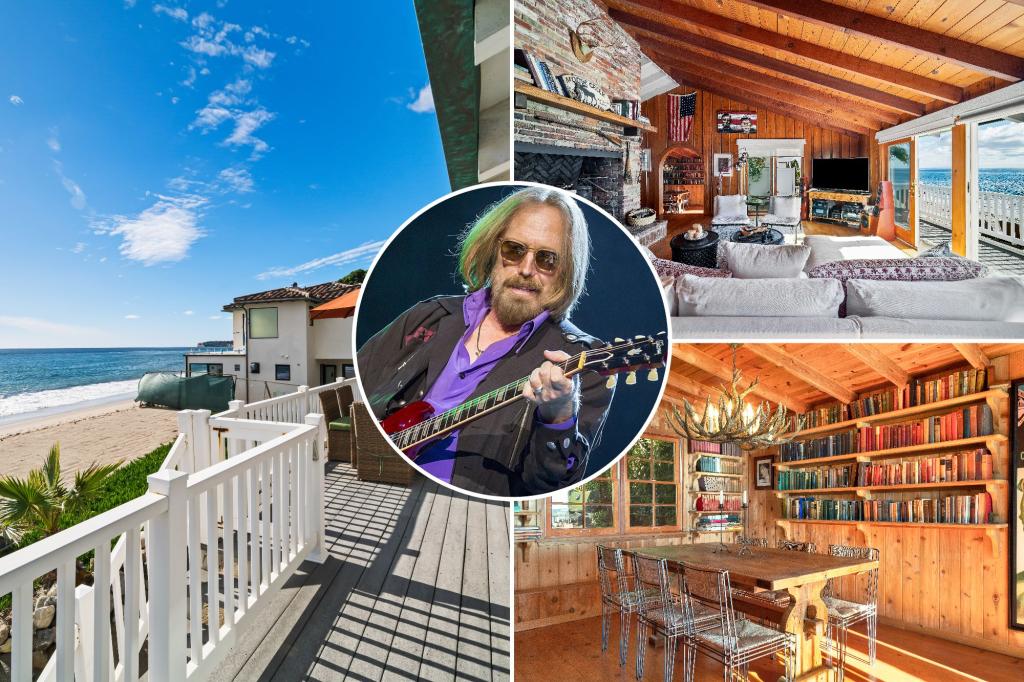 There’s something lucky about this place, as Tom Petty once said in his song about his beloved Malibu beach house—which is now coming on the market five years after his death.

Composed of three bedrooms and four baths, the oceanfront estate is asking $9.85 million.

“Tommy loved that the beach house was completely original, built in the 1950s, with a cabin-like feel,” Petty’s widow Dana Petty said in a statement. “We spent a lot of time there with friends and family.”

“Tommy always had his recorder and guitar, because he was always writing and producing. I remember he wrote a lot of songs there.” “Three that come to mind are Beautiful Blue and Topanga Cowgirl from Good Things Coming and Mudcrutch Song. Good times.”

According to the listing, the cabin-like dwelling is built out of wood, brick and stone, with 66 feet of oceanfront views. It also comes with a separate guest house.

That guest house was used as a studio when Petty lived there.

Other features include floor-to-ceiling brick fireplaces, a wall of glass on one side of the living room that opens to an ocean-view deck, and a separate formal dining room with library shelving.

The home’s two bedrooms include a primary suite with a tiled fireplace, a walk-in closet, an ocean-view bath, and a private beach deck.

A staircase in the living room leads to the lower level, where a spacious family/media/office/entertainment room has added inventory.

“When Tom first moved into the house, he just loved the essence and the spirit,” Cortazzo told The Post. “He loved the originality of it – it was clear that was his soul. Every holiday was celebrated there. What a luxury for a big celebrity to walk on the beach and not be bothered about.”