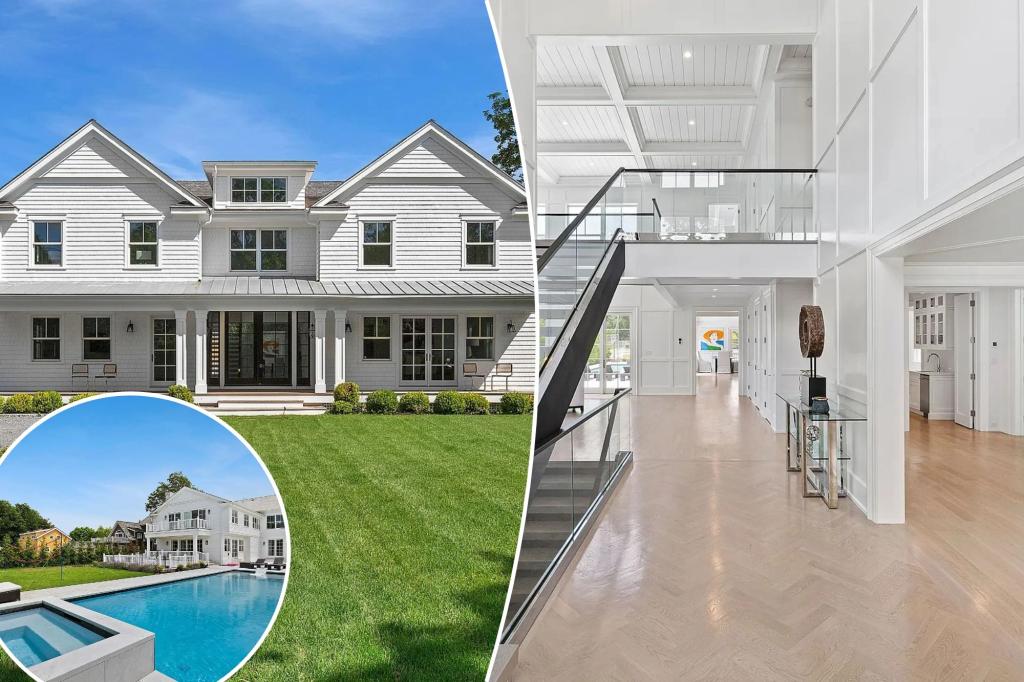 A newly built Southampton home on the market for $14.98 million is facing foreclosure after allegations that the owners defaulted on their mortgage and now owe $6.9 million.

Blue Sky Ltd., an unnamed Cayman Islands company, is pursuing foreclosure in federal court in addition to the UCC sale to ensure they get paid, according to the real deal,

The home was initially listed for sale in February 2021 for $18 million.

If successful, Blue Sky Ltd will take possession of the six-bedroom, eight-bathroom estate located at 145 Wickapoug Road, which extends over 10,000 square feet.

The Cap Cod-style home has a spa and sundeck, a wine cellar, a massage and sauna room, a theater and a huge gunite pool with a gym.

While the loans remain in default, interest rates soar to 24%. TRD said the loan was sold several times before landing in the hands of Blue Sky.

The Gallaghers are now in a race to sell the home ahead of the UCC sale, which is expected to take place on 12 January. Potential buyers have until January 10 to submit bids.

Other amenities include an elevator, floor-to-ceiling windows, a two-story foyer, and a gourmet kitchen with stone countertops.

Sean Elliott, head of the ultra-luxury division at Nest Seekers International, has the listing.

Southampton has some of the costliest homes in the country.