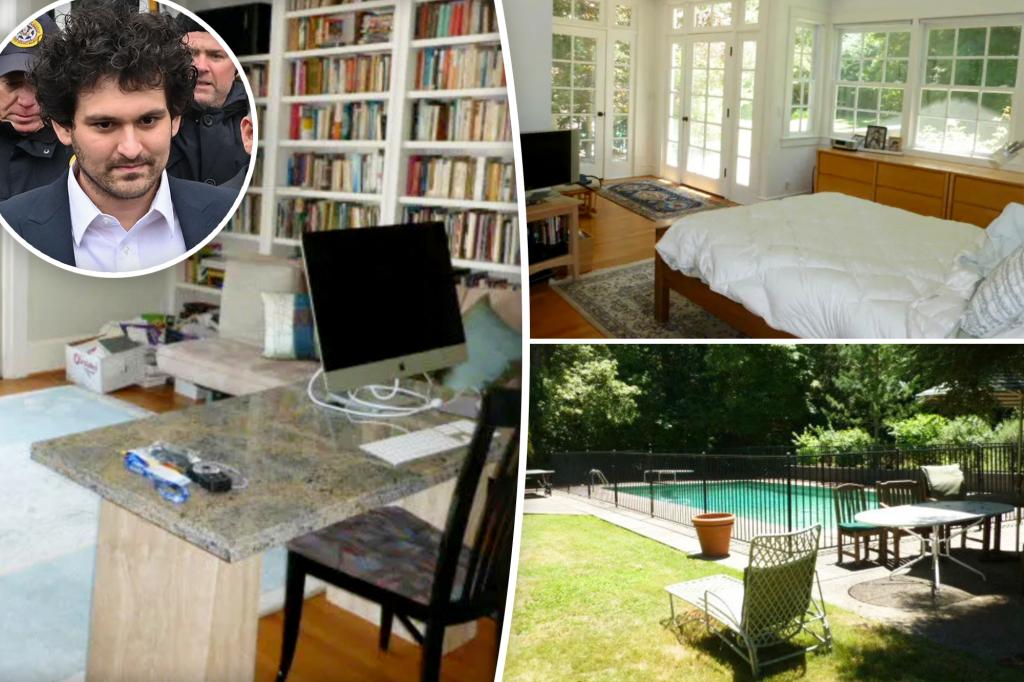 Sam Bankman is fried living at mom and dad’s serving his time in house arrest after breaking the record $250 million bond,

a comfortable stay On the edge of the Stanford University campus in Palo Alto, California.

The home is estimated to be worth more than $4 million today.

The four-bedroom, three-bath home hit the rental market in June 2013 for approximately $14,000 per month. By the end of the year, the house was asking for rent at just under $12,000 a month.

It was withdrawn from the rental market in January 2014.

Situated on approximately 1-acre of land, the home was built in 1917 and is considered part of Palo Alto Stanford Heritage, an organization dedicated to preserving Palo Alto’s historic buildings.

Spanning some 3,000 square feet, amenities include a dining room with a white brick fireplace, an updated kitchen with a massive island, a large living area — complete with a fireplace — and walls of windows.

Outside is surrounded by palm trees, a gated pool and a sprawling lawn.

American novelist David Levitt grew up in the house just before the Bankman-Frieds took over.

US District Judge Gabriel Gorenstein signed off on the deal on Thursday, allowing the disgraced FTX founder and ex-CEO to leave New York for his home state.

Bankman-Fried, 30, who fled his Bahamian oasis upon extradition, faces multiple charges that could carry a sentence of up to 115 years.

The entrepreneur is charged with wire fraud, securities fraud, conspiracy, money laundering and campaign finance violations. Federal charging documents accuse him of defrauding investors out of more than $1.8 billion.

while awaiting a federal trialThe fallen crypto king will be fitted with an ankle monitor.