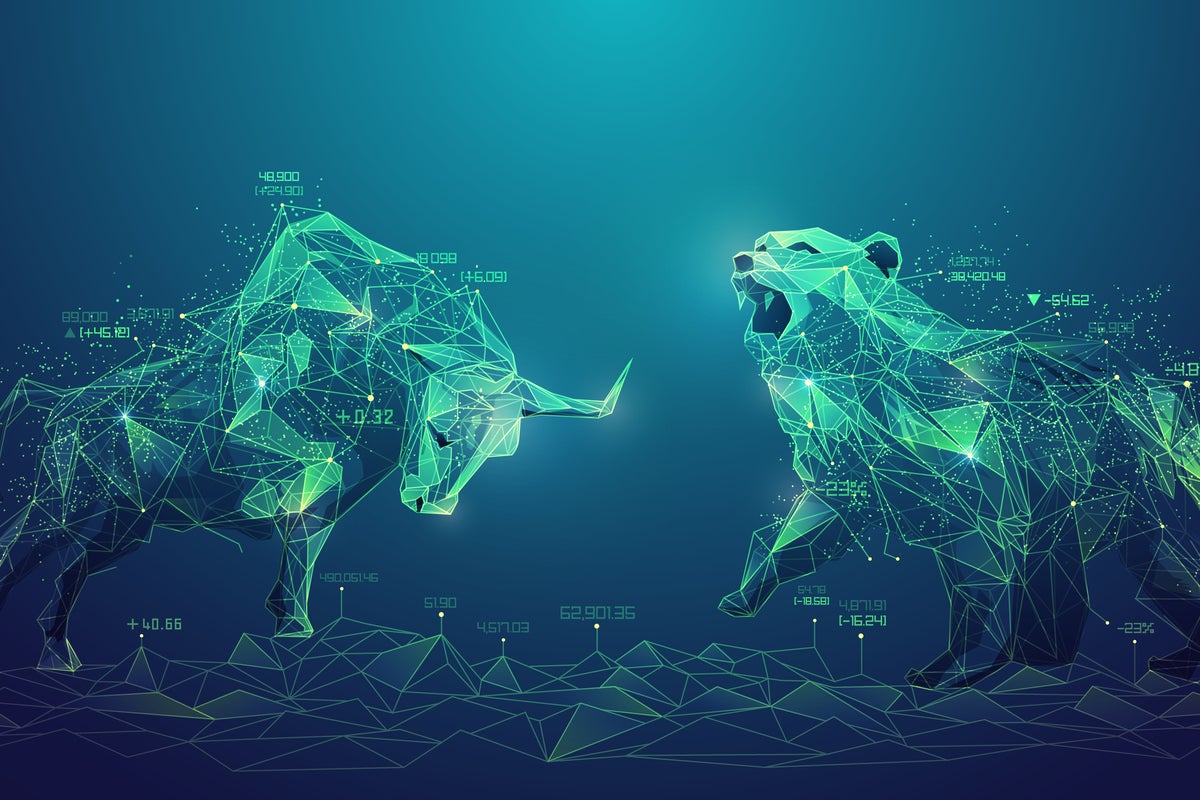 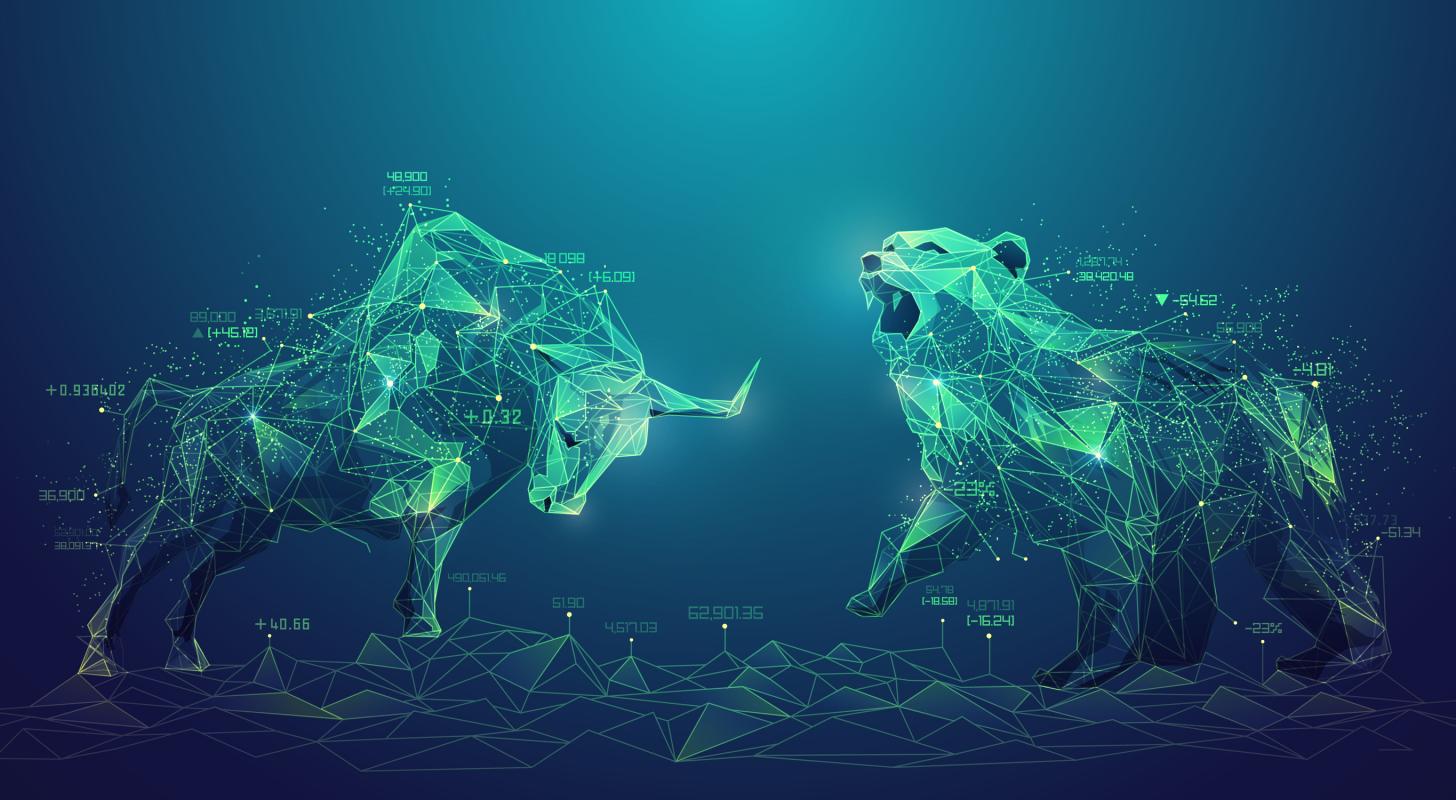 Investors might be asking themselves that this morning as major stock indexes climbed just slightly in premarket trading despite a batch of inflation and retail sales data suggesting a slowing economy.

Until recently, Wall Street embraced any signs of a slowdown in hopes that it might keep the Fed’s foot off the brake pedal. Now the market seems to be reacting more normally, perhaps concerned that slower growth could hurt company earnings.

The muted reaction to the data lasted for the first 30 minutes or so. Then futures began trending moderately higher. We’ll see if it holds.

PPI: The December Producer Price Index (PPI) looked supportive for stocks, as headline PPI fell a sharper than expected -0.5% month over month. That was the largest monthly decline since April 2020. Core PPI, which strips out energy and food prices, still rose 0.1%, as analysts had expected. Those numbers compared with consensus estimates for a headline of –0.1% and a core of 0.1%

In November, both headline and core PPI rose a downwardly revised 0.2%. Year over year, PPI is still up 6.2%, though that’s the lowest rise since March 2021.

Most of the downward pressure on PPI came from the goods component, which fell a steep 1.6%. Services remain an inflationary aspect, rising 0.1%, and the headline figure’s descent mostly can be attributed to falling energy prices in December. Overall, today’s PPI data are consistent with a slowdown in activity alongside moderating inflation.

Retail Sales: December retail sales dropped dramatically, falling 1.1% compared with the average analyst estimate for a decline of –0.8%. A lot of that was driven by falling sales at gas stations thanks to lower fuel prices. Sales of furniture, motor vehicles, and electronics also dropped. The report showed weakness in all key areas.

The initial market response to Retail Sales figure was a “bad is good,” but markets quickly reversed the rally and soon traded roughly flat versus where they were before the release. Then stocks moved higher again as investors continued to digest the data.

Both PPI and retail sales suggest that higher interest rates are slowing economic growth, which should make the Federal Reserve happy. The market’s reaction, at least in the first minutes after the data, seemed muted, however.

Bond yields around the globe rose yesterday ahead of today’s Bank of Japan (BOJ) meeting. Many anticipated the central bank could repeat its surprise December widening of its trading band for yields. This time, the worries proved unfounded. The BOJ left the trading band alone and kept yields at an ultra-low -0.1%. In response, global bond yields relaxed and stocks in Japan rose 2.5%. The lower yields could also help stocks here at home.

Today’s slide in rates puts the 10-year yield down more than 30 basis points from recent peaks, and these lower rates appear to be driving a homebuying surge. This morning’s latest tally on weekly mortgage applications jumped nearly 28%, according to the Mortgage Bankers Association (MBA).

Stocks on the Move

Now that we’re past the major bank reports, the earnings engine starts accelerating this week. Today’s a light day on the earnings calendar. Things pick up tomorrow.

Investors will likely want to watch Procter & Gamble PG and Netflix NFLX on Thursday and Schlumberger SLB on Friday. It’s really the calm before the storm because about 60% of S&P 500® companies report the weeks of January 23 and January 30.

PG is expected to report before the open Thursday, and the consensus for earnings per share (EPS) is $1.58, according to Earnings Whispers. Analysts expect revenue of $20.58 billion.

Consumer staples stocks like PG are worth watching because they tend to have a finger on the pulse of household spending. Many of PG’s products are things people can’t give up even during the worst recessions, such as toilet paper, diapers, and laundry detergent. However, cheaper items or generics can sometimes eat into name-brand product sales if shoppers cut back, and that’s something PG could possibly speak to on its earnings call.

Pricing is another issue. During its fiscal Q1, PG got an earnings boost from raising prices, but volume fell. That suggested consumers weren’t necessarily ready to pay up for the company’s products even before inflation accelerated. PG also said it was being dragged by the strong dollar. Watch tomorrow to see how the company navigated these challenges in the most recent reporting period.

The last time NFLX reported, it was quite the viewing party. Shares soared as NFLX added 2.41 million new subscribers versus analysts’ estimates for 1 million. It had lost subscribers the previous two quarters, so investors will likely be waiting for those numbers after Thursday’s close.

Analysts expect EPS of $0.45 and revenue of $7.82 billion for the streaming giant. NFLX set an aggressive goal for Q4 subscriber growth at 4.5 million, so we’ll see if it came close. It also said it expected foreign currency to hurt its operating margin.

One new thing when NFLX reports: It won’t give quarterly subscriber growth estimates any longer. This makes the company’s call more important to listen to because that’s where you might learn some fundamental details that could affect future subscriber growth.

We’re getting into the heart of airline earnings season, and United Airlines (UAL) shares popped 3% after the closing bell yesterday. UAL beat Wall Street’s bottom-line consensus for Q4 by $0.33 per share and offered better-than-expected guidance for Q1 and the full year. The solid Q4 came despite disruptions from December’s historic winter storm. The company cited a “favorable macroeconomic environment.”

There’s an old saying that the market “climbs a wall of worry.” What are investors most worried about now?

Grab a Mask? A new COVID-19 mutation that medical experts call the “most contagious subvariant since the pandemic began” is becoming the dominant strain in the United States, the Chicago Tribune and other media reported. The subvariant, known as XBB.1.5, surged across the Northeast this year and will soon hit the Midwest. Think COVID-19 is comfortably in the past? It doesn’t seem ready to go away here and appears to be accelerating in China, raising anxiety about new potential supply chain tangles.

Interest Rates: The entire Fed is singing from the same hawkish hymnal. Even former doves like Minneapolis Fed President Neel Kashkari are starting to sound like well-known hawk St. Louis Fed President James Bullard in recent speeches. Fed talk about the need for rates to go above 5% and stay there a while, however, doesn’t seem to be getting absorbed by the market. Who’s going to blink first, the Fed or market participants?

For the approaching February 1 Fed rate decision, the CME FedWatch Tool puts odds at 92.2% of a 25-basis point rate hike.

Inversion: Speaking of rates, the inversion between the 3-month Treasury yield and the 10-year Treasury yield recently climbed to 112 basis points. That’s the highest since at least 2000. The unyielding (apologies) inversions in fixed income imply rough sledding ahead for the economy and suggest that investors don’t necessarily believe the Fed can manage a soft economic landing, meaning lowering inflation while keeping the economy growing and without too big a jump in unemployment. In fact, evidence points toward a recession, according to Charles Schwab experts.

The S&P 500® index (SPX) spent part of Tuesday above 4,000 but couldn’t close the deal, finishing at 3,990. The SPX hasn’t settled at 4,000 or higher since December 13, the day before the last Fed meeting. Mega-cap info tech and electric vehicle stocks helped the Nasdaq Composite® ($COMP) make light gains. Apple AAPL, Nvidia NVDA, Tesla TSLA, and Microsoft MSFT all finished in the green, continuing the recent mega-cap rally.

On the other side of the ledger, financials had a tough Tuesday following weak earnings from Goldman Sachs (GS), a mixed report from Morgan Stanley (MS), and less-than-stellar guidance from Travelers Companies (TRV). The GS softness weighed on the Dow Jones Industrial Average® ($DJI), which was down sharply even as other major indexes treaded water or rose. That said, MS did post gains while most of the sector retreated, perhaps because it found a way to narrowly beat Wall Street’s consensus estimate for revenue.

CHART OF THE DAY: CLOSING IN ON 4,000. The S&P 500 index (SPX—candlesticks) is approaching a key technical resistance point just above current levels. Data Source: S&P Dow Jones Indices. Chart source: The thinkorswim® platform. For illustrative purposes only. Past performance does not guarantee future results.

Comeback Trail: Chip stocks found some love from investors lately after a falling out, though the relationship remains rocky. Stocks like NVDA and Advanced Micro Devices (AMD) forged solid gains Tuesday to start the week, even while some other names in the sector like Micron (MU) and Intel (INTC) lagged. NVDA got a boost from a bullish Bank of America (BAC) analyst report touting NVDA’s artificial intelligence (AI) pipeline. Reporting season for many semiconductor firms is straight ahead, starting next week when Texas Instruments (TXN) and INTC take center stage.

One factor lending a hand is China emerging from its COVID-19 shutdowns. Since late December when China announced the end of its zero-COVID policy, the Philadelphia Semiconductor Index® (SOX) is up more than 14%, though it remains down 27% from a year ago when it traded near all-time highs. We’ll talk more in coming days about specific fundamental factors to look for as some major chip firms report, keeping in mind that many have different business models and play in different markets.

Hawk on the Sidelines: Ever have a strict teacher whose substitute made everyone feel more relaxed in class? Wall Street might be reliving that after St. Louis Federal Reserve President James Bullard—a well-known hawk—saw his year as a voting member of the Federal Open Market Committee (FOMC) end. That doesn’t mean he won’t be listened to though; he’s respected by many market participants and is likely to still make his thoughts known. The Fed is extremely hawkish now anyway, so Bullard’s absence as an FOMC voter isn’t likely to change outcomes. The FOMC’s recent rate hikes have all been unanimous. More changes are afoot at the FOMC, including the expected retirement this month of Kansas City Fed President Esther George and the debut of Chicago Fed President Austin Goolsbee as a voting member of the FOMC. Who, if anyone, might be a more dovish voice? Perhaps Fed Vice Chair Lael Brainard, according to Barron’s.

Talking Technicals: The RUT is up nearly 7% so far this year, easily outpacing a 4% rise for the SPX. It’s also nearing December’s high close of 1,892, a potential resistance point. Some recent strength could reflect technical buying after RUT sliced through its 200-day moving average of 1,829 last week like a knife through butter. The 200-day MA has been a real barrier for the RUT over the last year, shutting down rallies on every attempt to establish trading ranges above it. There’s also a strong trendline coming down from various 2022 peaks and now resting just above 1,900, which could be the next area to watch for an index that’s often seen as a canary in a coal mine for the broader market.