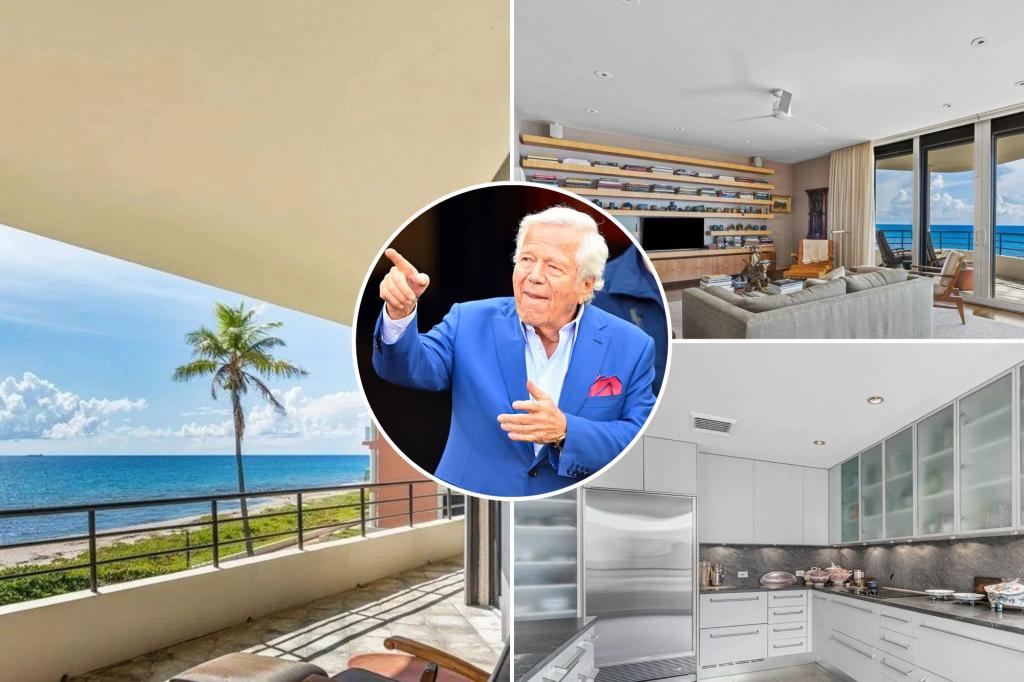 The deal is the most expensive condo ever sold in the upscale South Florida city, The Wall Street Journal reported,

Composed of four bedrooms and 5.5 baths, the home is approximately 5,000 square feet.

It is considered to be one of the few penthouses located directly on the beach.

The Levert House—a residence located in the Palm Beach building—was initially listed for $26.5 million. It belonged to Irving Wolf, an oil and gas executive who died in 2018, and his wife, Joyce Wolf, who died this year.

The listing notes, “An extraordinary contemporary creation by Maya Lin, one of the most respected American architects”.

Florida purchase comes after more than a year Kraft paid $43 million to the Southampton property. With a net worth of $10.6 billion, he also owns another property in Palm Beach – and has luxury homes in other parts of Boston and the Hamptons.