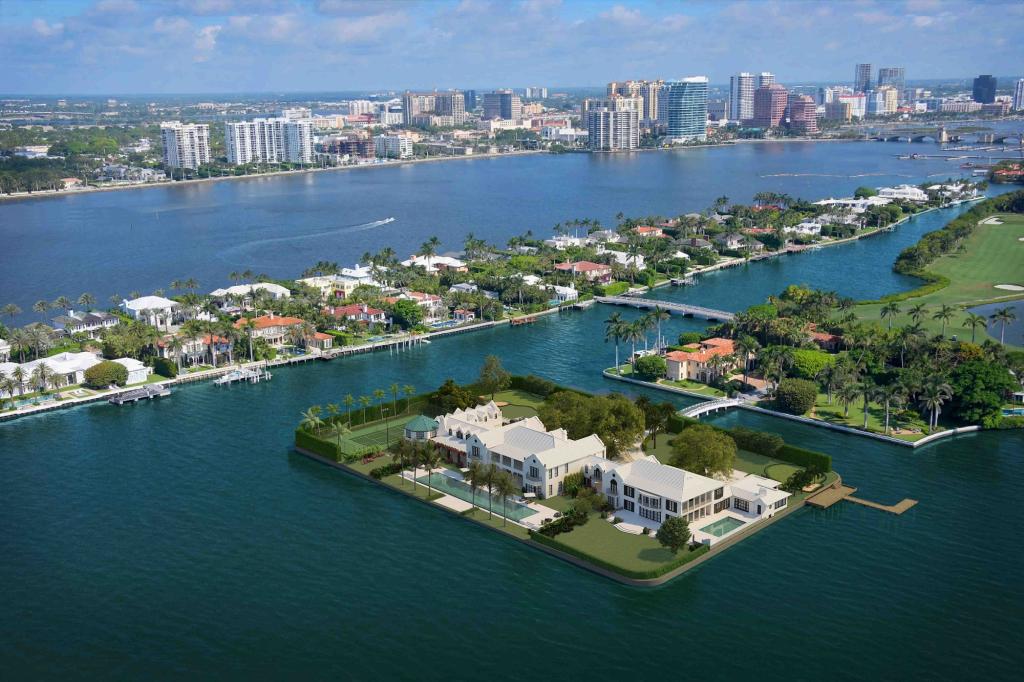 If you’ve ever wanted an island off Palm Beach all to yourself, now’s your chance.

The man-made 10 Tarpon Isle, which includes a soon-to-be-completed 21,406-square-foot mansion, has just hit the market for a modest $218 million.

That’s up from its $210 million asking price last year.

“We reevaluated the market,” explains listing broker Christian Engle of Christian Engle Real Estate, who adds that the new price also reflects the fact that the home is nearing completion, ready to open next year.

Developed by Todd Michael Glaser, the 11-bedroom home sits on 2.27 acres of land.

It includes bedrooms and baths in the attached guest house, which was originally built in 1939 by architect Howard Major and is being renovated (and partially demolished) with the help of West Palm Beach architect Roger Jansen.

Glaser and his investors bought the island last year for $85 million, according to the report, the first time it’s changed hands since 1998.