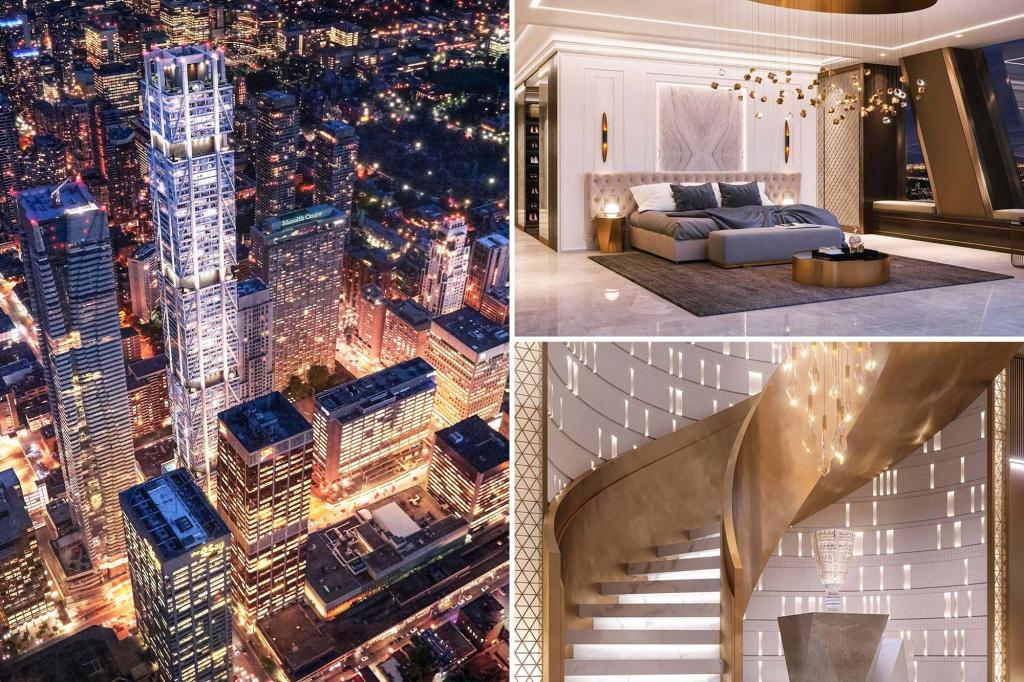 North America’s fourth largest city, Toronto (hometown of Gimme Shelter), is a great location with lots to offer – but, as it increasingly becomes home to glass residential towers, affordable housing is one of those things. Not there.

And now, as the city continues to rise, there’s a new home to crown them all.

A pre-construction, 80th-floor apartment has been listed for sale asking $25.65 million – $34.98 million in Canadian dollars – making it Toronto’s priciest apartment on the market.

It is located inside an 85-storey building called The One at 1 Bloor St West, in Toronto’s downtown core near the intersection of Bloor and Yonge – the latter being the longest street in Canada. It’s also steps from the city’s long-standing Yorkville neighborhood – similar to New York’s SoHo – that’s home to many luxury hotels, shops and upscale restaurants.

And at its 85-storey stature, The One is also Canada’s tallest residential tower, built by Foster + Partners Architects and Mizrahi Development.

The full-floor space is a two-unit combo spanning 8,758 square feet with floor-to-ceiling windows, hardwood floors, and panoramic skyline views. The home includes a master bedroom suite with a chef’s kitchen and spa-like bath.

The listing brokers are Peter Torkan, Paige Torkan and Mauricio Umansky of The Agency.