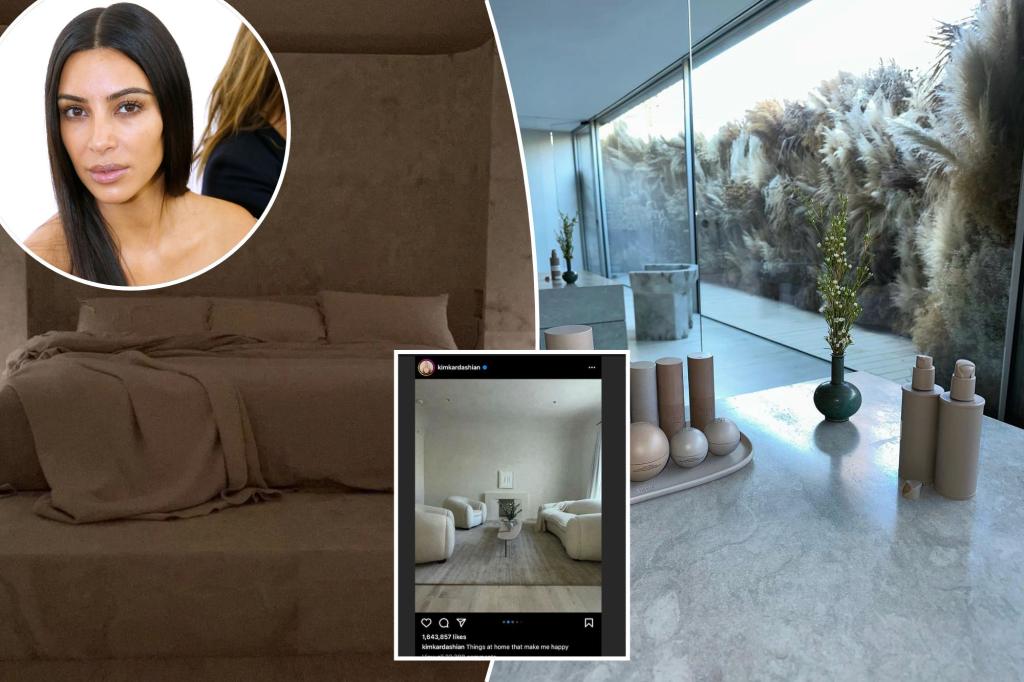 Kim Kardashian is being accused of posting pictures of her home to deflect attention from the Balenciaga controversy.

kardashian condemned balenciaga advertising campaign – which featured children in sexual bondage-style attire and child pornography with the court ruling – saying she was “disgusted and outraged”. But she also revealed that she will not be severing ties with the brand, for which she is an ambassador, adding that she believes “they understand the seriousness of this issue and will take the necessary measures to ensure this does not happen again”. “

The controversial campaign featured children with a book by an artist whose works include castrated children.

Fans have been incensed by Kardashian’s silence before releasing a statement, especially since becoming the face of the brand over the past year. Kardashian made up for her long silence by first offering Balenciaga “a chance to talk to my team so that I can understand how this could have happened.”

Since that statement, she’s posted several photos on Instagram, including one of the interiors of her main home in Hidden Hills, California. The photos showed their primary bedroom, living space, with a neutral mug and light art on the walls.

Composed of eight bedrooms and 10 bathrooms, the former couple spent an additional $20 million on top of the $20 million they paid for the renovation in 2014.

She later posted a video of her house decorated for the Christmas season.

Following the post, comments flooded in with the hashtag “cancel Balenciaga”.

“It’s not over yet if that’s what you’re thinking. And I don’t think it will…. Thank god,” commented one person.

“We shall not forget,” said another.

Several others brought up re-surfaced photos of Kardashian’s daughter, North, with a gimp mask on her head.

Others even called her an “ally” by allowing herself to continue her partnership with the luxury designer brand.

“So depressing,” wrote another, “looks like you really don’t have a soul.”