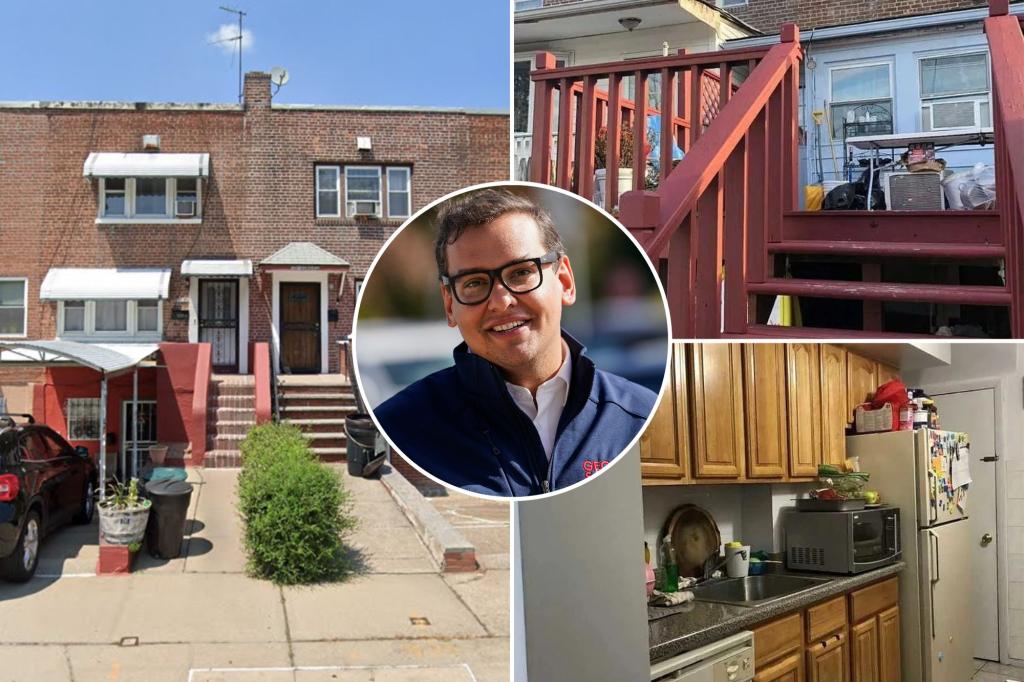 Three months ago, elected representative George Santos and his sister, Tiffany Lee Devolder Santos, packed their bags and left their two-year-old Queens rental in poor condition, The Post can report.

The landlord at 151-47 12th Avenue in Whitestone and the owner of the building told The Post that the two always paid their rent on time, but left the place in ruins.

Nancy Pothos said, “They had four dogs and they caused a lot of damage to the place, so they left.”

The modest residence measures 960 square feet. It has two bedrooms and two bathrooms.

Photos obtained by The Post show the residence to be anything but Santos’ lavish lifestyle, who were elected last month Described as representing the 3rd congressional district of New York.

The fridge in the kitchen closes the door so you can enter and exit through only a slight opening. And the equipment appears to be quite old.

Although it is not clear how much the two rented the property, it is estimated to be worth $2,900 a month.

On Monday, Santos, 34, accepted forging Her education and work experience to The Post, but stressed that the controversy would not prevent her from completing her two-year term in Congress.

Santos said at one point during his exclusive interview, “I am not a criminal.” “it [controversy] will not prevent me from achieving good legislative success. I will be effective. I’ll be fine.”

Santos’ professional biography was called into question earlier this month after a New York Times report misrepresented several claims he had attended college and had dealings with high-profile Wall Street firms. His alleged employment history was included.

“Here are my sins adorning my resume. I’m sorry,” Santos admitted that he “never worked directly” for Goldman Sachs and Citigroup, presenting that fib as a “poor choice of words”.

Santos also admitted that he never graduated from any college, despite claiming to have a degree from CUNY Baruch in 2010.

He also lied about his family history, claiming to be Jewish with his grandparents having escaped the Nazis during World War II.

Santos told The Post that he is “obviously Catholic”, but claimed that his grandmother told him stories of being Jewish and later converting to Catholicism.

“I have never claimed to be Jewish,” Santos said. “I’m Catholic. Because I found out my maternal family had a Jewish background, I said I’m ‘Jewish-ish.’

On Tuesday, Santos was spotted walking two of his four dogs at his new Elmhurst apartment, which he also shares with his sister.