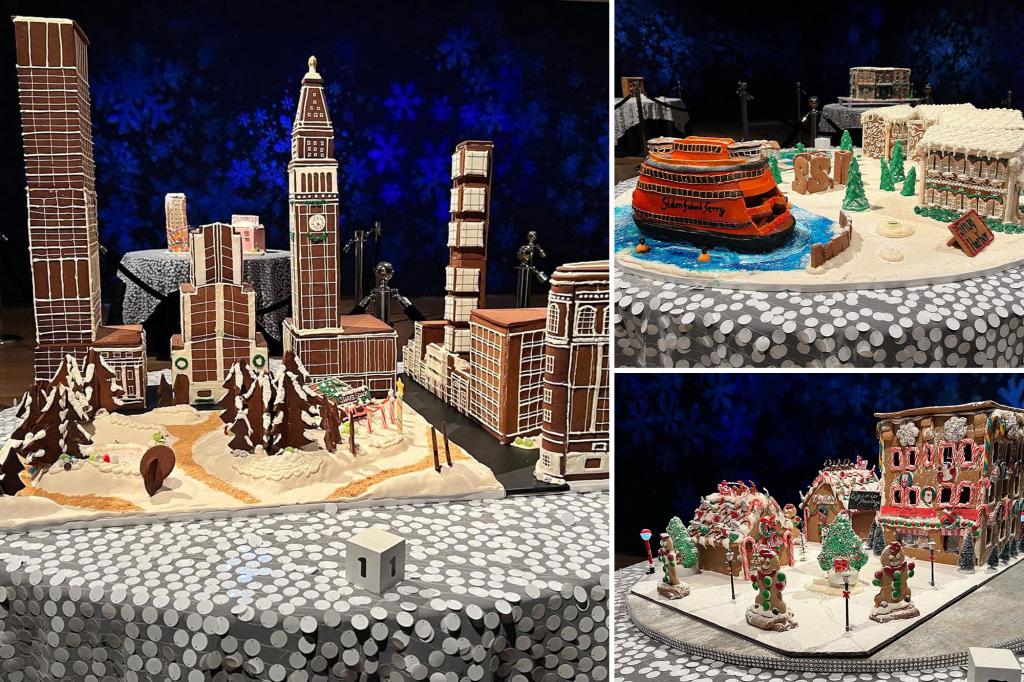 This extreme rat race in town certainly looks a lot less dirty and offensive when made with sweets.

The Museum of New York City’s East Harlem is giving the borough a sweet makeover this holiday season, inviting bakers from across the city to recreate the city using gingerbread as part of their “Great Borough Bake-Off.” commissioned for.

Submissions for the museum’s “First-ever Gingerbread Contest” represent delicious replicas from all five boroughs, with each candy creation in the exhibit receiving an award.

Bruno’s Bakery, the only contender from Staten Island, won most complex and representative for its small Staten Island Ferry, Treescape and Snug Harbor recreations. The Bronx’s Edigio Pastry Shop earned the “cutest” award for its own building’s version. Amateur baker Sherry Kozlowski took home the Best Overall title for her caloric take on her Astoria block, complete with fondant store fronts and gum paste apartments. Queens Sans Bakery decided to carve out an even more iconic corner of the borough with the rendering of a giant, not-to-scale 7 train adjacent to the icing-coated Silvercup Studios sign. Brooklyn bakery L’Appartement 4F incorporated its popular mini croissants into an edible form in a brownstone building.

While the photos may be adorable, the full gingerbread experience requires one to see in person, according to Jonah Nigh, a contest judge and semi-finalist on NBC’s “Baking It” show.

“The minute you walk into the room, you hit it off,” Nigh reported hyperallergic How about the distinctly sweet scent of the room where the seven gingerbread creations currently reside. “You can’t really appreciate the work or its scale until you see it up close.”