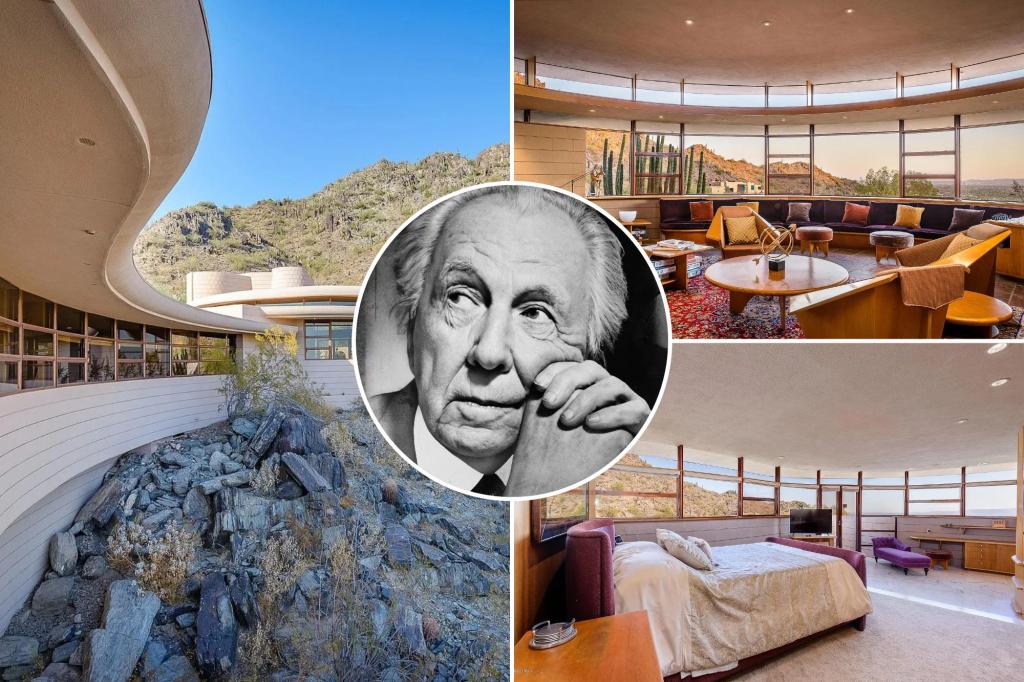 The final home designed by long-respected architect Frank Lloyd Wright has hit the market for $8.95 million — and the current owner is hoping to find someone who will keep up its legacy.

Known as the “Circular Sun House”, the property was built in 1967 in Phoenix, Arizona.

“The home was completely renovated in 1995 by the owner, who at the time was Linda Milton,” agent Deanna Peters of HomeSmart, who marketed this listing, told the Post. “And he really saved the house when he did all the renovations because it was in quite a bit of disrepair. He did some major structural things to make the house really beautiful. And here we are in 2023, trying to take it to the next level as well.” The time has come.

“The house would be ideal for a really local key figure who is a real advocate for the work of Frank Lloyd Wright and everything he stands for when he owns the property and really takes it into the 21st century and gives it a special event property or use as an Airbnb – just give people who want to visit Arizona what Frank Lloyd Wright’s history is really about,” Peters said.

Composed of three bedrooms and three baths, the unique property is spread over 3,000 square feet. It was initially built as a five-bedroom, but Peters explained that the top of the house has an office, “a special library off the living room” and a den or media room, which could be a fourth bedroom.

Things that can be updated to match with modern times include: kitchen appliances, flooring and lighting.

Peters also said that adding the garage elsewhere wouldn’t take away from the home’s design.

(The architect was known for not building his homes with garages because he saw them as places built for clutter.)

Each house designed by Wright has a unique chimneypiece—but this particular house, the chimneypiece is an upside-down stonework, described by Peters as “a replica of the Guggenheim Museum.”

The house is one of only 14 circular homes out of more than 1,000 homes built by Wright.

Designed to blend in with the curves of the surrounding desert mountain, the home has unobstructed views of Palm Canyon and the city below.

“I would really like to see someone buy the house who really sees the value. I mean it’s the Mona Lisa of real estate,” Peters said. “You can’t even put a price on this house.”