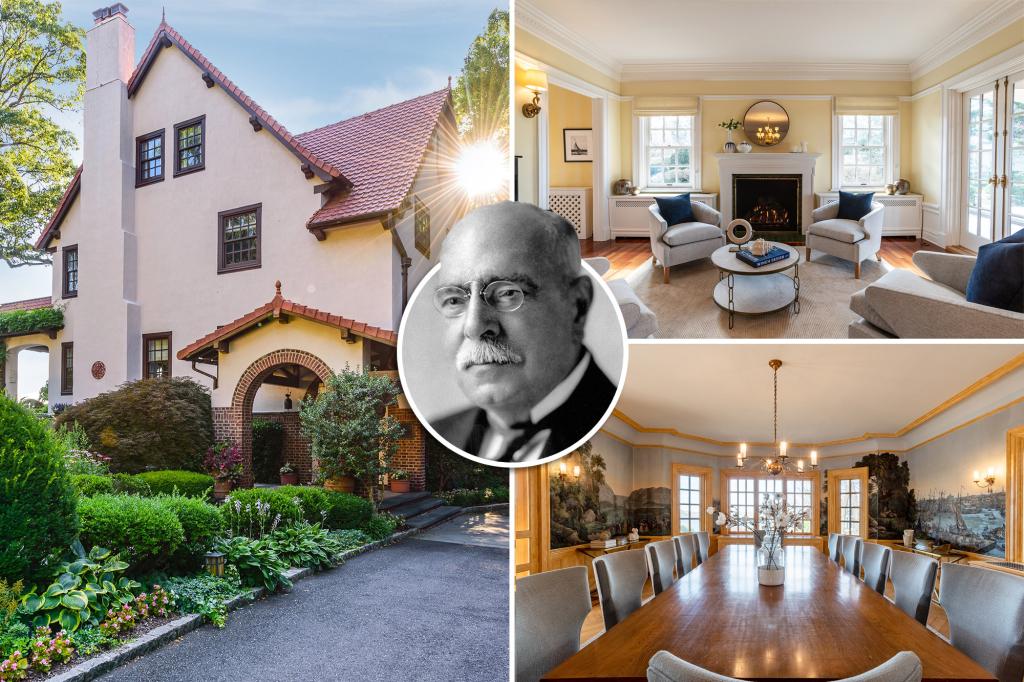 American musician John Philip Sousa’s former Long Island estate in Sands Point is in contract, It was last asking $7.5 million — down from its original 2019 bid of $9.85 million.

Born in 1854, Sousa was best known for the military marches he composed before his death in 1932 at age 77, including “The Stars and Stripes Forever” and “Semper Fidelis.” He also served as leader of the Marine Band under five US presidents from 1880 to 1892.

The property, at 12 Hicks Lane, is now recognized as a National Historic Landmark. It spans 2.6 acres and comes with its own deep-water dock, private beach, gardens, and Manhattan skyline views from the water.

There’s a 6,000-square-foot main house — with six bedrooms and 5½ baths, built in 1907 — and a two-bedroom gatehouse for guests with a tennis court. The current owner purchased the home in the 1990s. The spread has two wine cellars, two generators, fireplaces, a gym and a wooden staircase with a walkway leading to the water.

Sousa also owned a historic property in the city at 80 Washington Place, where Kylie Jenner and Travis Scott are staying in 2021. As Gimme Shelter reports exclusively,