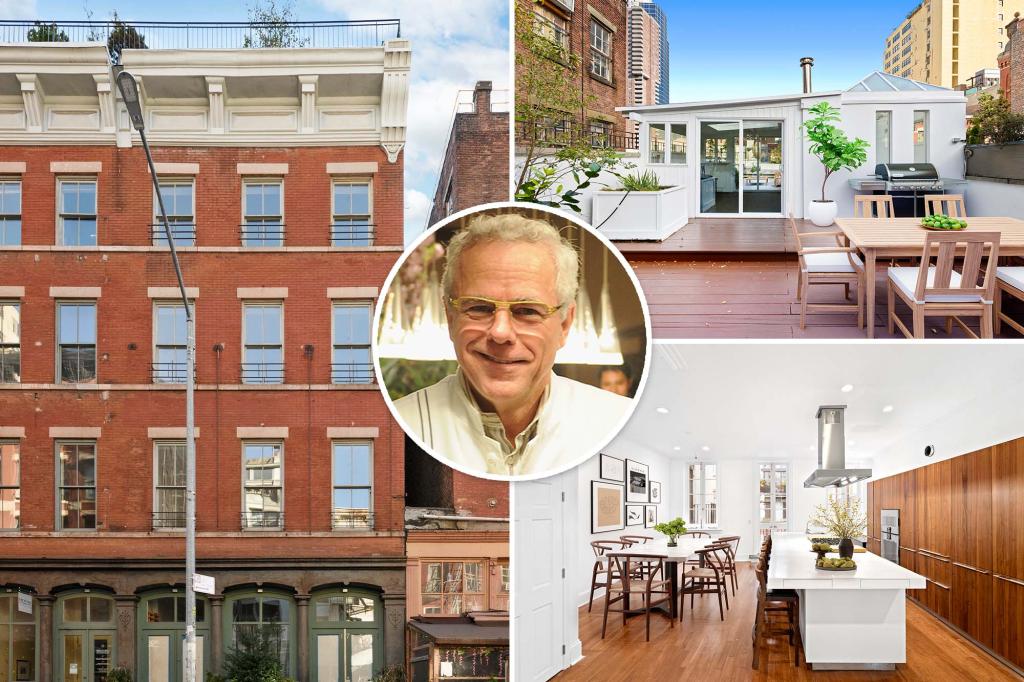 Bouley bought the four-story house with its cast-iron base beneath a masonry loft building—once used by the city’s butter and egg merchants—for $12 million in 2016.

The home also features a pressed metal cornice on the top floor and two private roof terraces totaling nearly 1,000 square feet, all on one of the neighborhood’s most coveted cobblestone streets between Staples and Greenwich.

At 6,400 square feet including the basement, the home is configured as an owner’s triplex, with six bedrooms and a separate first-floor duplex below. But it will be blanked out as a four-story white box, with buildable air rights to turn it into a single-family mansion or mixed-use building.

The triplex begins with an open living room and a chef’s table kitchen with a large eat-in island. A windowed stair leads to a skylit sunroom flanked by rooftop terraces for entertaining, alfresco dining, and urban gardening.

Meanwhile, the first-floor duplex features a walk-through floor plan with an open-concept living room, dining room, and kitchen that leads to a basement with built-in closets. Design details include tall sash windows, hardwood floors, crown molding, and both pocket and French doors. Both units have washer/dryers and plenty of sunlight comes in due to the high ceilings and large windows.

The listing broker is Ryan Serhunt and Chase Lando of Serhunt.