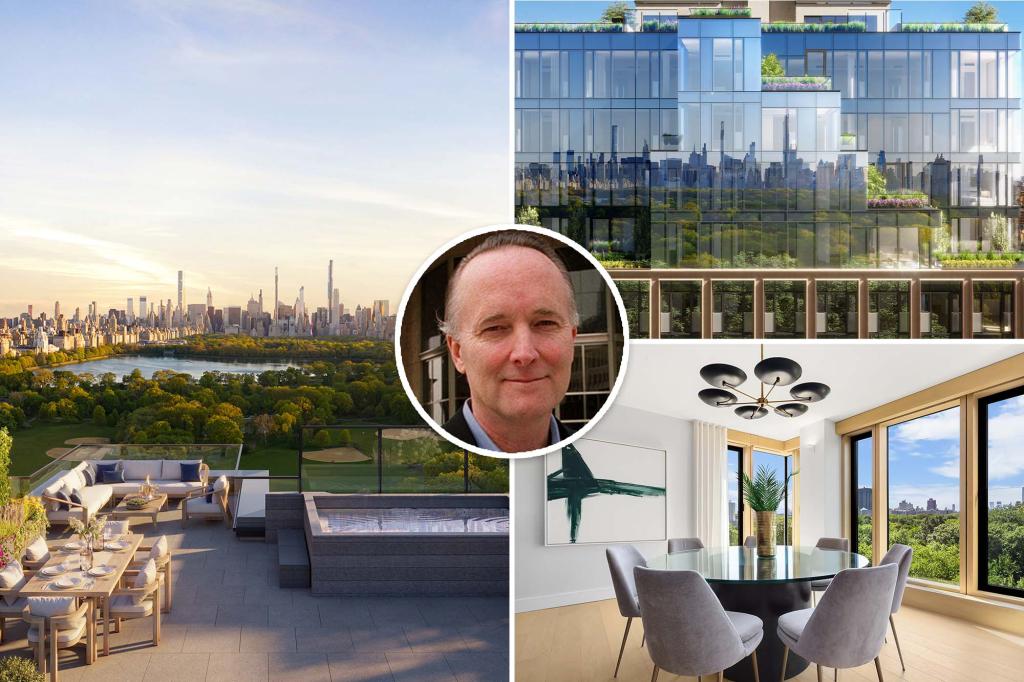 The three-bedroom, two-bath spread, which comes with picturesque views of the park and a private balcony, was asking $3.44 million. Purchase price: $3.16 million.

A foyer opens to an open living/dining room overlooking Central Park, while the open chef’s kitchen houses a breakfast bar. There’s a main bedroom with a walk-in closet and an en suite bath – while one of the other bedrooms opens onto a private balcony. Building amenities include a children’s playroom, a gym, a lounge, and a common roof deck with views of the park and city skyline.

The listing broker for the New York home was Mike Fabbri of Nest Seekers.

Last September, the couple also Listed Their Ojai Valley Retreat, at 1090 Shaukat Drive, for $10.5 million. It sold the following month for $10.25 million, with Aaron Kirman and Danelle Lavin of Compass as the listing brokers.

The magical abode known as Wall House, which sits on 11 acres, has been published In many shelter magazines. Completed in 2016, it features a 300-foot-long Corten steel wall with narrow slits for windows, and a floor-to-ceiling glass wall—which opens the house to the back yard to bring in light.